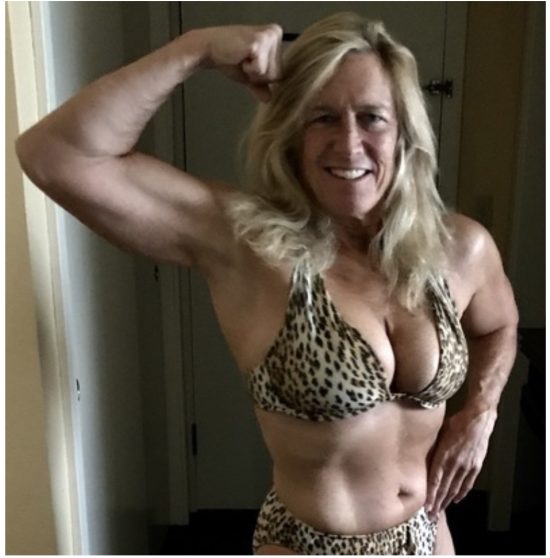 Running photo is me chasing down and dominating supermodel ex-girlfriend of Bradley Cooper in the huge movie THE BAD BATCH.  I play a bad-ass cannibal right along the lead actress.  We just won the Special Jury Prize at the Venice Film Festival at the Venuce Film Festival at our World Premiere! The first Soecial Jury prize was A Streetcar Named Desire so we are in great company!  My great film also features Jim Carrey,  Keanu Reeves, Suki Waterhouse, Jason ‘Aquaman’ Momoa, and Giovoni Ribisi!

Here I am in a clip chasing down the supermodel:

09/27/2017
Malibu is a lot of fun to wrestle. I have sessioned with her many times.She is always in great shape, firm, but not too muscular. She is a very good wrestler, and looks great in a bikini. If her blonde hair and smile don’t knock you out, her wrestling skills will.

11/01/2017
I met JP in 1993 and she was such a Calif. Beach Bod. The coolest, prettiest, best built, honey of them all and a real good wrestler girl. I love her forever. She’s my surfer girl till there ain’t no,more waves. Go Malibu!

06/17/2018
Don’t miss Malibu when she comes to your town. She doesn’t disappoint and is a great session. Powerful head scissors to.

07/21/2018
Still a skilled wrestler who is in great shape. She still tussles with the best of them, knows holds and she still looks like a gladiator in a bikini. Well worth your time to wrestle.

Fightguy84
05/21/2019
Just had my first ever session with Malibu. She was great from start to finish. Setting up the session was easy and her communication was great. We boxed for 30 minutes or so. She brought the gloves and outfit I requested and looked great in them. We started off light just getting a feel for what we were doing but towards the end she really started giving it to me. Definitely put me down a couple times at the end. Great person to session with.

Dannywrestles
06/01/2019
Just had a fabulous 2 hr wrestling session on 5/30/19 with Malibu, so professional, really loves her clients , so skilled, fun , look if you wanna great wrestling experience book a session with Malibu , I already have a rematch session booked. You OWE it your self

06/07/2019
Recently saw Malibu. She has about the best communications ever. Easy to set up and very open to any questions you may have.
Super friendly, always smiling! Someone that I now consider a friend.
I had asked her to wear her “Flag bikini”. When she opened the door, WOW, she look so good!
She put me “to sleep” several times during the session. And she did so with perfection! It still amazes me how easily Malibu was able to put me to “sleep”!
If you have a chance, see her. She is friendly, beautiful, and will accommodate to your desired session!

thegame092269
03/17/2020
Just saw Malibu in Pittsburgh again. Had a great time as always with her, very nice lady. We boxed & wrestled, she’s very tough @ both disciplines. If you are looking for a tough battle, she’s definitely worth it.

thegame092269
03/18/2020
Saw Malibu today in Pittsburgh for a boxing/wrestling session. She’s one of the best, wore the outfit I requested, didn’t rush, we did some boxing & wrestling, she’s definitely tough, had me a couple of times during the wrestling. Definitely a must see if you’re looking for a tough opponent

your personal punching bag
07/09/2020
Had a boxing session with Malibu and it was awesome, she wore the outfit that I requested and looked amazing in it. She traveled to Florence Alabama, just for me. I really appreciate it. It’s the best session I’ve had

thegame092269
07/14/2020
Just had another great session with Malibu, she’s an awesome lady, we did boxing & wrestling which was fun for both of us, she got some holds on me & I got some on her. If you want to have fun, definitely see this one, she’s great @ what she does

Anonymous
08/12/2020
Saw her last year for a boxing session. I told her to knock me out and she did. The first hit I barely felt. She said she hit me a couple of times more, but I did not feel it as I was probably asleep. When I woke up she was next to me and I gave her a hug. I did not feel any pain, only excitement that she was next to me. I just wish she could use a scissor hold to put me to sleep. I will see her again

strongwomanlover
09/14/2020
I sessioned with Malibu and it was worth every inch of the 4-hour drive. My 75-pound weight advantage did me no good because she is so strong, not to mention a very skilled wrestler. She had me in hold after hold that I had no chance of escaping from. I asked her to have me completely helpless and she did. Helplessness never felt so good. Ask her to make you cry and she is very capable of it. Ask her to make you obey her and she will have no problem with it. I even brought some dresses for her to make me wear, and at the end of the session, she made me leave still wearing one of the dresses. That dress stayed on me the entire drive home. Malibu definitely gets 5 stars out of 5. She set the new standard by which all future sessions will be evaluated. Will definitely repeat.

Johnny42
09/21/2020
Had a boxing match with Malibu when she was in Atlanta she’s tough don’t let her image fool you, if she’s in your area don’t miss out

thegame092269
11/11/2020
Saw Malibu in Pittsburgh again, did a Rocky theme session, she wore her “Ivan Drago” outfit & I wore my Rocky outfit with American flag gloves, we did some boxing & wrestling, she was totally terrific at both, if you’re looking for a challenge, you have to see Malibu, cause she’ll bring it every time

Kickmybuttgirls
01/23/2021
When I say Malibu is amazing in every aspect I MEAN IT she came into my motel room and was really sweet and really nice to talk too. Then we put on boxing gloves and she completely destroyed me. When I say this woman kicked my butt all over that hotel room I mean it. Call me a pipsqueak, a nerd, and a weakling. We created a funny bully vs nerd scene and honestly if I was super rich I would Malibu kick my butt every day for the rest of my life. She’s THAT good

Ericko
10/28/2021
Omg!!! What a wonderful friendly yet highly skilled lady wrestler. Judo. Etc. !!! She worked me easily. And verbally brought me down !! Disciplined me while using judo wrist locks. Walked me around. And made me dance!!unreal!! She’s different because she’s so damn nice and friendly. We had great fun!!! I’ve never enjoyed accession more. But make mo mistake she’s 100% in charge during session you can feel her power. She could take any man .and she also was very very reasonable!!! Highly recommended!!!!! 10 stars!