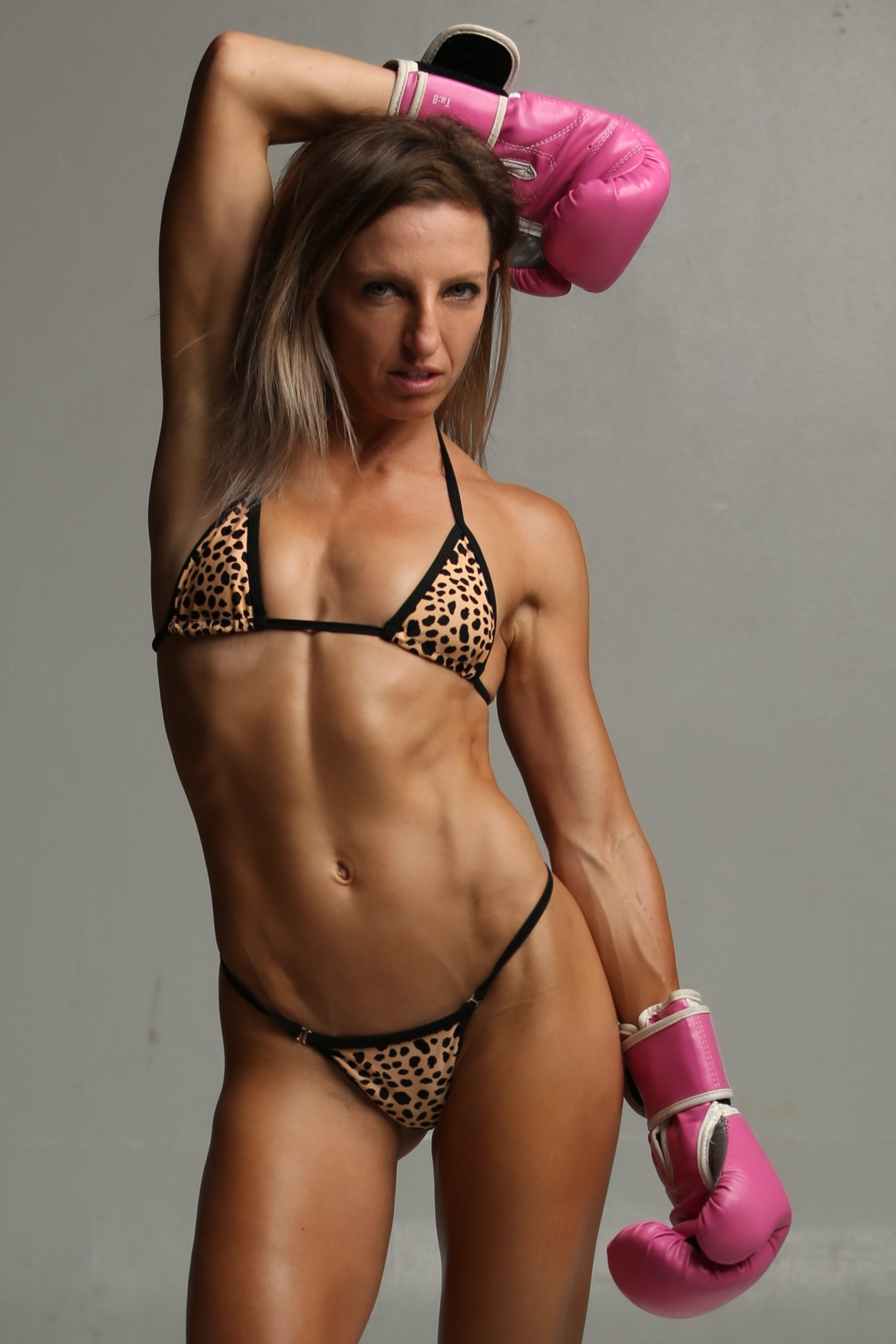 Personal trainer, CrossFit coach , ex pro Spartan racer, NCAA college athlete , nutritionist, fitness model and Fetish actress thats ready to kick some ass (or just have so fun roleplay if thats more your speed). currently training BJJ and am happy to athletically and safely apply holds and moves on you 💪

Love to domme men and boys who think they can take me! Also, ive been getting a ton of people emailing that are concerned about me going to hard during a fantasy roleplay session, and i assure you that i just want us both to be safe and to have a blast getting to know each other in a very unique way!

Limit: 3 emails before a deposit has been paid due to a heavy influx of messages that take a large amount of time to keep up with and respond to. Im more than happy to continue to email you and figure out the specifics with a phone call or further emails after the deposit is paid!

Please state in your first email: age, weight, location, the type of session you are wanting, any questions you have for me before you make a decision and state and health issues or concerns that i need to be aware of!

Favorite food and drink gifts since so many or yall are sweet and ask me:

I met with Lora Cross yesterday for an hour session of hard competitive wrestling, and now that I sit down and think about it a little, the most prominent thought I can remember from it all is this: I should be able to throw her around the room.

I’m not extremely tall or big, but I’m more so both than most, and I outweigh Lora by about seventy pounds with nearly a foot over the top of her head. I work with packages for a living, and I routinely have to lift up and move around packages that weigh more than she does. I was a wrestler once – not a good one, but on paper, I shouldn’t have any trouble overpowering someone with that big a difference in size from me. On top of that, I’d wrestled with her before, and I’m in better shape now than the last time.

I say all that just to emphasize how amazing it is that, despite the disparity, I couldn’t budge her. She is, without a question, the most overall athletic woman I’ve ever wrestled with. Her frame is powerful, deceptively strong, and she’s mostly from head to toe. She knows how to turn her size to an advantage, making her extremely fast and agile, and her slender arms are capable of getting under your neck and squeezing tight. I’ve been choked out by women before, but usually I can protect myself well enough if I can keep their arms from joining. She’s the first I can recall who’s ever made me tap out with a one-armed choke

I’m sure that she’s the first woman who’s ever made me tap out while standing up. She was skilled when we first wrestled, and she’s even more skilled now, able to lock in holds in an instant. I had to be on guard, constantly, as she would take advantage of any mistake or gap I made and seize onto it, always on her toes or looking for something to press. I  honestly felt like wrestling with her made me better at wrestling, as I kept trying to find ways to get past her while she found ways to defend and evade and turn my momentum against me. It was probably the most energetic, spirited, competitive wrestling match I’ve had. She was overflowing with energy, endless stamina, able to meet me no matter how many times I came back, and at the end of it all I was sweaty, tired and extremely satisfied.

The more I wrestle, the more I realize that I prefer session wrestlers who I don’t have to hold back with and who can legitimately beat me on the mats. I don’t mind losing, but I do mind not giving it my all. For anyone in general but especially those who have a similar mindset, I’d strongly recommend Lora Cross. She’ll leave you sore, but not disappointed.

I booked a session with Lora during her recent trip to NC and it was AWESOME. I’m new to mixed wrestling and it was my first time booking a session so I was a little nervous, but Lora was super easy to communicate with and really friendly from the start.

We did a 90 minute “competitive” session with a mix of submissions, pins, and punishment rounds. I say “competitive” because even though I was trying my hardest, she dominated me the whole time. I knew from other people’s reviews that she was strong, but you don’t realize just how strong she is until she has you in one of her holds. She is a great wrestler, incredibly fun to be around, and has a million dollar smile. She really made my first mixed wrestling experience a memorable one.

I’ll definitely be looking to session with her again in the future!

Thoughts on Lora Cross? Where to start…

I met her two weeks ago, when she came down to Winston Salem. I hadn’t seen too much of her beforehand, so I was wary at first, but another session wrestler recommended her highly, and I loved her look on Instagram, so I decided to take the plunge.

This turned out to be a great move on my part. From the moment I opened the door until the moment we parted ways, Lora was an absolute blast to not just wrestle with, but meet in general. She has an electric personality, energetic and welcoming, but pleasant and comforting when need be. Opening up to her was a pleasant experience, and she had no qualms in sharing that candor.

I had heard as much about her from other sources, so I was surprised by that. What did surprise me, however, was how strong she was. You can tell from photos that she’s in top shape, but it’s only when she’s close and you’re wrestling her that you realize just how tough her body is. I’ve wrestled a wide variety of women, and Lora might be pound for pound the strongest. She seems small, but that’s because there’s so little fat on her – she’s like a little iron wrecking ball, deceptively powerful for her height. I have about ten inches and maybe eighty or so pounds on her, and we felt even more often than not, with her able to overpower me with ease when in the right position.

Not only that, but she’s fast, and surprisingly skilled, able to get me in quite a few holds. I was in constant fear of her armbar, and anytime her legs closed around my neck, I knew I’d soon have to tap. Her endurance is amazing – she just does not stop coming, and she will wear you down. I would give her a strong chance against even some of the older and more experienced women on this site – they might exceed her experience, but when it comes to sheer physical ability and tenacity, I think she would outlast many of them in the long run.

If you even have a chance, don’t hesitate to book a session with Lora Cross. Great personality, great body, great attitude, great moves – you can’t go wrong.

Had a great foot session with Lora. She is super cute and is a lot of fun to be around. I will most definitely be visiting her in the future.

I had a third lift and carry session with with Lora in Atlanta. She is one of my favorites. I always look forward to seeing her.

She has gotten stronger and was able to keep me up in a back breaker much longer this time. I think she could’ve kept me on her shoulders for a long time.

She couldn’t be sexier, nicer and more accommodating. We did cradles, shoulder sits, racks, and a few fireman carries.

You definitely will leave the session looking for more, and will want to see her again and again.

Lora Cross is a amazing lady. She is smart, professional, funny, easy to talk to, has a lot of energy and a very nice accent. It was super easy setting up a session. When I met her she gave me a nice big hug and remembered all the details for our session. We wrestled and she surprised me for a petite girl how fast and strong she is. She made me tap multiple times I was not expecting her to be that quick and strong. She also has so much energy and you can tell she’s having fun and really into the session. If Lora is in your area she is a must see as I can GUARANTEE that you will a great time. I’m really looking forward to seeing Lora again. Thank you sessiongirls for bringing another special lady to the session world.

I booked Lora Cross for two shoots so far. She’s punctual and has an infectious enthusiasm about her. The pre booking process is a breeze. She took vague ideas and ran with them to help me come up with some interesting concepts.

Really solid grappler and incredibly fit. I will be booking her many times to come. I highly recommend her for shoots and sessions.

Lora Cross is amazing to session with. She communicates well, so arranging the session was easy. It’s refreshing to meet someone so positive and easy going. You can feel her energy.
She can also fight. She is strong, skilled and quick. She’s little but that made no difference. I’m a big guy and she handled me easily.
A session with Lora is worth it, so book her ASAP.