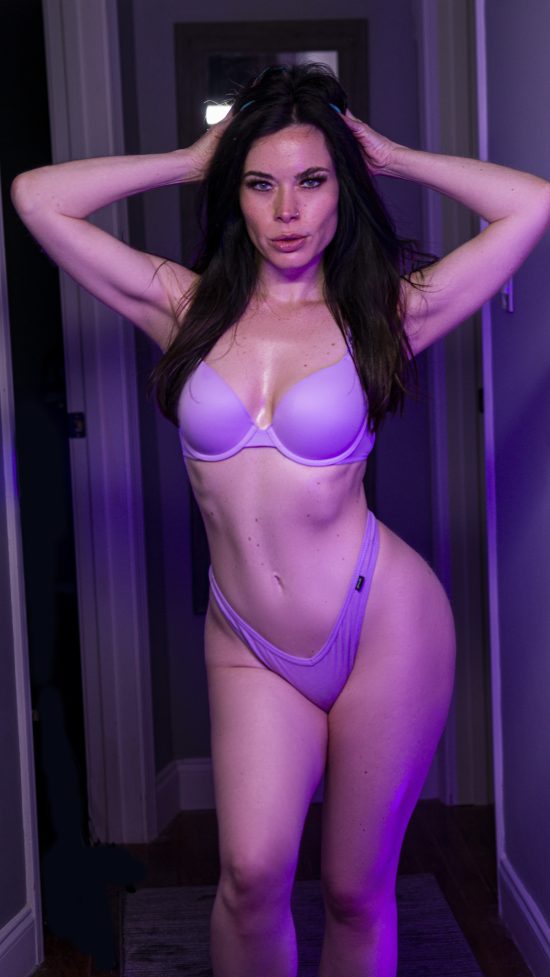 Text me directly at www.SextPanther.com/Jasmin-Jai.

Feel free to see some of my behind the scenes shoots and travels on my blog at www.SexyAdulting.com or my adult company websites that can be found at www.JJFetishPorn.com

Atlanta is home but I travel to St. Pete/Tampa often and can travel anywhere in the United States or world for the right amount. I stay booked up & rarely can do last minute gigs. I am serious, professional & a badass adult entertainer! Come see what I am all about.

What is Financial Domination?

His answer wasn’t much of a surprise—submissives generally worship their doms. That’s the general idea of those kinds of relationships. But discovering the amount he spends a month was a little shocking: “I leave myself enough money to eat basic foods and pay my bills and everything else goes to her. Sometimes I’ll go hungry so that I can spend more on her. I am the manager of a large company, so this means that I spend a lot.”

VICE: Hi, Cleo. Can you give me a quick rundown of what the financial-domination fetish entails?

There are two ways I do it that I feel are true financial domination. The first is to know everything about my pet—how much he makes, how much he spends, and what he spends it on. I do a budget for him that he must follow exactly. I make sure his bills are paid first, but cut his food spending down by half because he can eat ramen noodles very cheap. I cut his “extras” spending to a quarter. After that, I look at the balance of the earnings and half goes into savings for him and half comes to me. He reports to me via email daily, details any purchases and makes requests for savings withdrawals. I control all of his spending.

What’s the other way?

What do you think the appeal is for your “pets”?

There are two main types of people who enjoy this. One is the guy who craves being abused. He likes to be ridiculed or to feel used. Having someone take your money from you can be humiliating and make you suffer and struggle. The other type is the macho, dominating-in-real-life kind of man. He’s stressed out from making business decisions, running a business, and being the one in charge all the time. He really gets off on being vulnerable once in a while and having someone else takecharge. It’s like a vacation for him.

How much do slaves typically contribute to their mistresses

That really depends. I’ve had pets send me $20 a week, which is what they normally spent on the takeout coffee that they gave up for me. Others send all their income after bills and groceries are bought. There are others—”drive-by subs,” as I call them—who will send a new dom that strikes their fancy $200 and then never contact her again, though the last is more of a financial fetish than financial domination.

I’ve heard that some slaves “adopt” their mistresses household bills and pay them. Do you ever do that?

I’ve heard that as well, but I don’t participate in it. Most slaves are turned off if they think the dom needs their money, and paying a bill for her may appear that way. Any and all money I receive is spent on frivolous items, which makes it more exciting for me and my pets.

Do you think the main appeal of financial domination to the dominatrixes is financial or sexual?

I think with most it’s financial, though they’ll say otherwise. I love the money, but it’s also thrilling sexually, mentally, and even emotionally to have control over another person, whether money is involved or not.

Do you have any idea what the top financial dominatrixes are capable of earning?

I don’t. Many don’t like to share this information due to tax purposes, and many lie about what they make to make themselves appear more desirable. I would guess from financial domination alone that they could earn a few thousand a month.

Do you ever meet any of your slaves, or is it all done over the internet?

I haven’t met anyone in real life yet, though I have two subs who I will meet at some point in the future. Many of my pets are in different countries, which makes it more difficult, and others I haven’t known for long enough yet. I’m open to real-life meetings, it just hasn’t worked out yet.

Have you seen any changes to the fetish, given the fact that half the world is a lot poorer than they used to be?

I honestly think it’s disappearing. The number of doms currently completely outnumbers the number of subs. Many girls find out about it and think they can post an advertisement stating how beautiful they are and demand money. It turns potential subs and slaves off and drives them away. Only the girls who truly treat this as an art and get enjoyment out of the interaction as well as the financial side—and those who realize that it isn’t just sitting on your ass collecting money—will continue to thrive.

This article was written and researched by: Vice

Just had a trample session with Jasmin that was out of this world. I have had dozens of trampling sessions and this was truly one of the best. Her skills are amazing and she did everything she could to make the session enjoyable. She is also incredibly beautiful, very tone, amazing feet and gorgeous eyes. I will definitely see her again!

Just had a foot worship session with Jasmin. It was very relaxing. Massaged her feet and worshipped them while also engaging in relaxing convo. She is very intelligent and has a lovely personality.

Always a pleasure 🙏 Until next time 💋

I just recently had the pleasure of having a session with Jasmin. I was surprised from the very start at just how Tone and Athletic she looked in person. I am sure she weighs less than 135lbs. She was very cordial and attentive in our conversations to what I had to say. She asked me what my particular interests are in a session. I will go ahead now and tell say my fetish is in Foot Worship and Trampling. I gave her some details of my likes and then we began our session. I have been seeing Doms, many different Models in the Fetish industry for over 22 years and I have traveled extensively. I noticed how Jasmin has Very Cute Peds and nice Shapely legs for starters and I gave them proper pampering attention. Then we went into the Trampling part of the session and I had No idea this Young Woman would be soo talented at it. Jasmin went to town “Walking and Talking All over me” :). It’s hard to pinpoint one certain thing she did so well really. I will mention I like would go harder more if I said yes thank you. I asked her at one point if she has ever stood on the neck area before. I didn’t finish with the words before she was there demonstrating she knew how. Her balance is another area of expertise that I would like to point out I could go on and on, but I will finish with I know we will have many more fun times ahead :).

Thank you, Joe! Can’t wait to next time 🙂