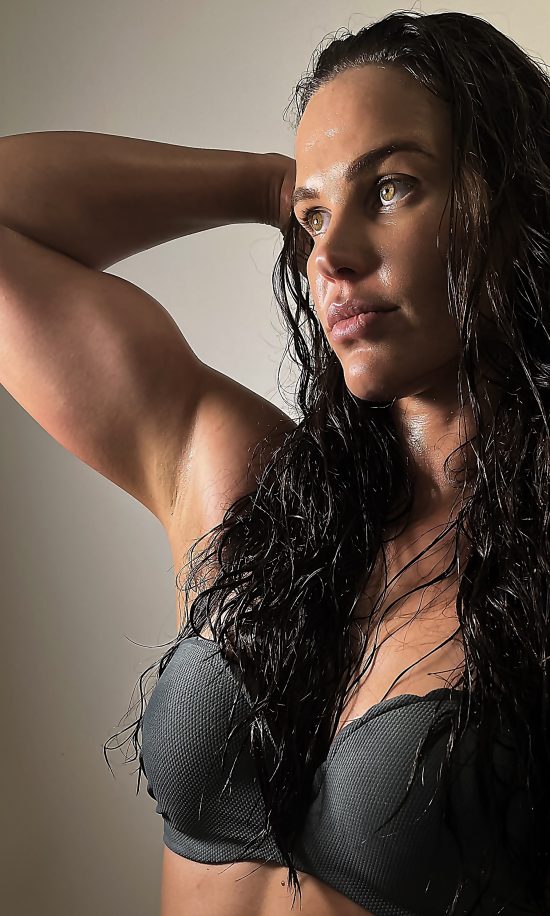 Six feet tall amazon with a black belt in judo and a background in various martial arts. I have been described as “the embodiment of feminine elegance and Amazonian athletic ability”.

Combining incredible strength with a smooth wrestling style, you will feel overwhelmed and confused about how I physically overpowered you.

Beside my competitiveness, I have a playful and a sensual side.

I would love to provide you with

– a private fantasy session, tailored to your needs;

– or the proper beatdown you deserve.

Stop wondering if I am real and come meet me for a tailored session at my private dojo with shower facilities, in Amsterdam!

You can make a booking request through the booking form on my website.

I’ve sessioned with some of the top ladies and legends in the industry. With all due respect, none of them can compare to Amata, as she possesses the full package: world class martial arts background (she was internationally undefeated in her discipline), 6 feet tall, perfectly proportionate athletic figure to admire and worship for days, insane strenght (well beyond what her figure shows), top model good looks, enchanting smile and easy going personality. Plus she has the best possible capacity for a session: super spacious place, fully equipped with everything needed to enhance your session experience, including video camera settings for those interested in recording the encounter.

As for our meeting, it was the first time in my life that I felt completely powerless to do anything while grappling with a woman: I’m not even talking about winning, just giving her a barely decent match. She was literally playing with me despite my all out efforts. Too skilled, too strong for me. Actually, strong is an understatement: can you believe she destroyed me armwrestling right and left arm like I’ve never been destroyed before? And she lifted my 105kg body performing squat with me over her shoulders like I weighted nothing (worth noticing that no other lady had ever accepted to lift me before due to my big size)? I won’t blame you if you don’t believe me, cause I still don’t believe it either lol.

Whoever loves session wrestling should put meeting Amata at the very top of their bucket list! Even the ones who claim to have never been beaten in sessions, Amata might be your first time, give her a try if you only get a chance to visit Amsterdam. She says she genuinely enjoys real competitive matches more than anything else, only issue is she is hardly able to find real competition for her.

One last remark that might scare the hell out of you: she has only recently started sessioning after a long 8 years break from physical and martial arts training. Now she says she is back to training and aims to reach again her full potential, confidently estimating that she has room to improve at least another 50% strenght and athleticism wise from her current status… Imagine the unbeatable beast I’ve just described being 50% stronger: that’s literally Wonder Woman lol!

Last edited 4 months ago by lucawrest
0

Had a session with Amata recently. I had a few sessions with others some time ago, and Amata is by far the best, I’d even say for me it’s no longer interesting to consider sessioning with anyone else. Impressive skills and strength, and a charming personality and of course looks (better than on photos btw). Like an angel from heaven or I don’t know what’s a good way to describe. I’m a fairly big dude and she could overpower me so easily like I’m a baby, while being careful not to hurt me except the good kind of pain. She also did different nice things to me, I won’t go into detail. I also was introduced to Spontaneously Tying Knots, a tactic I have no idea how to defend from because I didn’t even notice how it happened.
My conversational skills are limited but she also had no problem with it, we had a bit of a chat and we’d occasionally crack some jokes and stuff, awesome. I’d go again eventually. Also I can confirm, what other comments said here, it’s true. I see why it can be hard to believe until you see for yourself, but it’s true.

I had an amazing session with Amata! She is very athletic and solidly built, and is also the perfect height (6 feet tall). We started off with a light semi-competitive match, and as soon as she was on top of me, I couldn’t get her off. She even just held me down with her legs and body in full mount without using her arms, and I still couldn’t move her.

After I was exhausted, which was pretty quick, we moved into a session in which she put me in a series of holds, which was a lot of fun. So she is definitely skilled as a wrestler and grappler, but she’s also very good for a lighter type of session.

I can’t recommend Amata enough! She’s not only extraordinarily beautiful, but she’s super nice, and certainly not a clock watcher. I’m definitely going to see her again whenever possible!

Would love to meet you for some judo! Met name mijn Ko-uchi-make-komi is niet te houden. 😉
Groetjes!

Before writing a review I’d like to highlight couple of things about myself, so that YOU as a reader can have a better insight on what to expect and to have a better feel on plausibility of what I wrote about Amata.

I’m 28 years old, in good health and fairly better then average physical condition – or in other words – I’m a sporty type. In general I’m competitive and I can hardly refuse a challenge, and in most cases I’m quite confident about myself in terms of physical competitions. Among other sports I also have some martial arts background (Taekwondo green belt and I do BJJ as a hobby nowadays). Other then that (for those to whom matters) I’m kinky (aren’t we all, duh?) and in terms of kinky world I’m a switch.

So let me get into this:

My first session with Amata was actually quite shocking experience. I wasn’t expecting nor was I prepared for such superiority tehnique-wise, and on the contrary to my initial beliefs I couldn’t compensate for it with raw strenght (one of the reasons for this is because I’m still not even sure which of us has the edge strenght-wise hahah..sounds funny and unbelievable but that’s how it is!). The next session we had I was convinced I simply must disregard the fact she is a woman, and I must give all in if I want to be anywhere near winning situation – which I did, but after our second session it was first time I came down to terms that I actually did go all out (even though I probably did the first time as well, just couldn’t accept it) – but this didn’t affect the result at all – she still slayed me.

Our next session was a ‘rope wrestling session’ or a ‘bondage session’ if you will. So we agreed the terms and regulations up front, and we made a deal that the goal is to tie up the opponent (using ropes) to the point where the winner can easily go open themselves a bottle of beer with the loser being unable to move from where he/she was put. This session was a total massacre! So those of you who have experience with wrestling/grappling probably know that after about 10 minutes of decent competitive fight with a worthy oponent you get fairly tired and a short break comes in handy, right? Well this lasted nearly an hour of continuous fight! She was NICE here so she didn’t apply or take advantage of her superior technique in holds, submissions etc.(as that would kill the fun and let her win waay too easily) but she confronted me, so to say, like a “man” and went all physical and made it a rough fight with ropes which was suuupperrr funn and also an awesome workout!!! At very beginning I took the initiative of trying to tie her up, but this proved to be quite hard to do (even though I’m not a noob with bondaging due to my kinky side), and exposed me too much, so very quickly I had to take more defensive stance and spent the rest of the time trying to prevent her from bondaging me, which at certain points felt like being abused haha (not in bad terms of course!)…eh to keep this story short, it was crazy fun but eventually after a crazy long and thrillingly fun run, I was forced (read: had my arms and legs tied up) to have a short break while she went to refresh herself (read: open the forementioned bottle).

So let me get to my conclusion: Amata is a very nice, openminded, forthcoming and understanding person, respectful and very very fun, and she shall be treated as such and absolutely deserves the same respect back, because when these conditions are met she is more then capable with providing you whatever kind of fun comes to your mind. (Except of course, she will never lose to you, I don’t think you could even bribe her for that 😉 )

Since you think she is a match for you in strength, did you try arm wrestling to test that?

Yes, we arm wrestled. Best out of 3. I agreed to using the right arm even though left is my dominant side, because I obviously did not expect to lose. (Arm wrestled with a body builder lady before and won) I underestimated Amata because of her more athletic and less body building type of physique. It sounds unrealistic but Amata had a stronger pull (and much more consistency over time). She won 3/3. But I don’t know what the outcome would be if we used our left arms. This was during the first session. After the rope wrestling this time I was too exhausted to even think of arm wrestling. Thus.. not completely sure. But I felt she got even stronger in wrestling so not sure if I want to challenge her again haha.

Had my second wrestling session with her yesterday, she is an incredibly skilled and strong wrestler and certainly has no match in The Netherlands. I wrestled with girls like Warrior, Sheena, Tia, all the greats, and although it is hard to make comparisions I think her name can be on the same list, I think she is one of Europe’s finest.

Also just a very nice and friendly person (when not wrestling ;-)), and her place in Amsterdam is very suited for a heated and private wrestling match.

I had a 1 1/2 hour competitive wrestling session with Nadina in october 2021. She is a beautiful young Dutch woman and i only spoke Dutch with her, it was really nice chatting with her. In the living room she has double foam mats of around 4×4 meter. If you are allergic to cats you are out of luck, there are two of them walking around.

She goes all out to win, if you ask for competitive you get it, she doesn’t hold back, i like that and had to work very hard. And it can be rough to and she is also very strong but still has a feminine body. We had regular drinking and chatting breaks, which where very pleasant. She likes wrestling and is not a time watcher, our session lasted a lot longer.

I highly recommend her and will certainly book an other session with her.