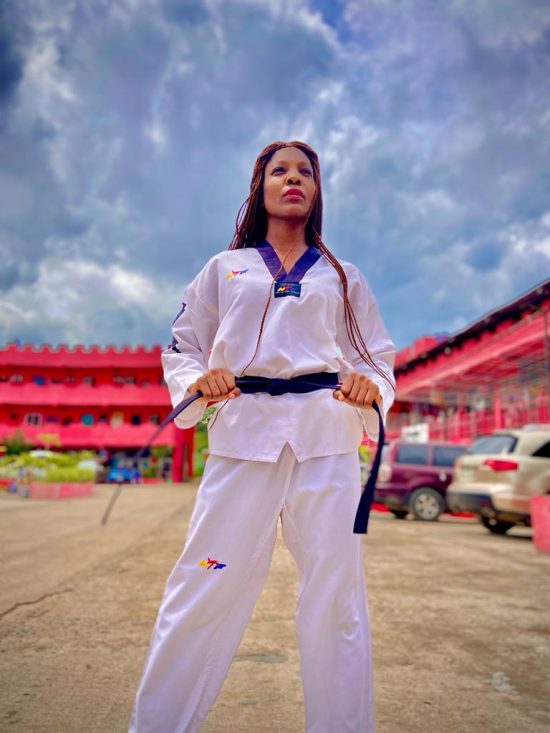 I know how to kick asses, and heads 😉

I am also very dominant by nature.

Very tall (5″9) I have very impressive kicks (my specialty).

I enjoy sessions mostly, but due to covid do not hesitate to contact me for remote sessions and domination/humiliation sessions.

MAG Euro Tour update: Amsterdam until April 20th Italy : April 21st to April 24th, and then Belgium: until 1st of May Last chance for bookings….

Sent an email trying to arrange a session. Email is [email protected] give a reply, excited about a martial art session.

I had a session with martial arts goddess in Amsterdam.
She is very tall, absolutely not lying on her physique she is gorgeous. Tall, super fit, very toned body.
I was a bit afraid at the beginning of the session as she has really very high level in taekwondo.
She is also very, very dominant, for those who like that (I do).
We started with kicks, one sided, from mild to medium power, and even medium hurt really a lot. I asked her to kick harder, which she did, but it was too much for me. she really can kick at very high power.
She also slapped me (one of her fave punishments) and trust me, I never experienced slaps so hard.
Last we did some holds and all I can say is she has very, very powerful legs, and that she is really sadistic. Same time very sweet in session.
Highly recommended.

I talked to her about her upcoming europe tour and i cannot recognize her in the description made in the review posted before.
She was always friendly and always replied kindly to me.
I can say only positive things about her.

Last edited 4 months ago by markwarren
0

Hello , please let me know when you will be visit Europe Brussels or maybe the Netherlands , would love to see then have a Karate or Taekwondo Session with you. Email : [email protected]

Thanx Henk! I replied on your email! xx

This lady has an attitude problem.

Even when i was telling her a proposal for a wrestling match or tour, she ordered me on chat to call her ” goddess” instead of “miss”.

There is a way a client should be dealt with.
I am quite dissatisfied and will never meet her ever.

She must have behaved nicely as i was addressing her humbly

well well well… should I copy and paste all the conversation we had by email?
You harassed me by email, then harassed me on twitter…
I clearly did not like your tone, and I specifically told you not to call me ‘miss’ because I dont like it. I blocked you in less than 1 minute, then you still harassed me on my gmail…
and then what did you do?you rushed here to rant again. This is pathetic.
And I have an attitude problem? 😉

Btw, the section is for ‘reviews’, which mean you interacted with me via real time session or online. I had plenty of great online experiences, but you are definitely not one of them.

Yes, please copy and paste the same.,so that others can know what you did

Look, miss .you should have been professional while talking a client.

The ” goddess” type attitude looks good in session but not in real world.

We all know you are a human not goddess, so please dont self proclaim yourself.

You ordered me to call you” goddess ” and you used the ” f” word.i never used it .I address you humbly as “miss” as a gentleman should do while asking a lady.

Please behave while talking or chatting a client.Clients pay and respect, so they deserve respect in return.

Yeah buddy this is straight up harassment.
As a service provider she can choose who she works with and uses a filtering mechanism of who addresses her properly, you refused.
Which is fine and you can choose not to work with her and so can she.
But chasing her down on other mediums is real bad vibes, she already said “No”.
Be respectful and move on and stand on your principle of not addressing a human as a “Goddess” and if that is not the hill you want to die on next time when told how to address follow the danm instructions.

Dude, please note i never harassed her.she used the f word plus she ordered me…..

She also shared her twitter herself, so i never forced her to chat with me.

I was respectful and asked her very very humbly but she said that she diesnt give a f….. what i believe plus threathen to block me , which i ask her to do as i also can’t stand a dominant woman.

I asked for wrestling not domination.

I won’t be addrssing her as goddess which in reality she is not.As i said, she is a human like us.

She calls herself as “martial arts goddess”, which is fine but she shouldn’t force others like me to call her same.

I dont know her or her real name and would never want to talk her everrrrrr unless she apologizes for her actions, Which she will never do it.

Its a review section , so my comments were approved by the site only for posting.