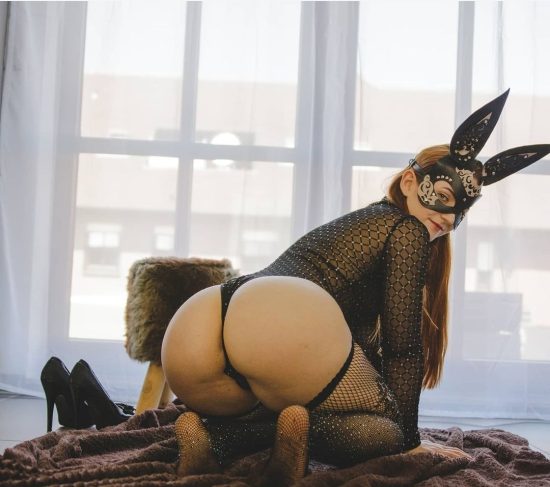 I am a Mixed Martial Artist and have perfected my bjj skills to show you who is superior. Can’t wait to show you that this little Ginger Cutie is able to take you down and make you submit over and over again!

I prefer playful sessions where everyone has fun (no full competative). I also love to dominate and punish weak boys.

Please do not ask for any sexual services. I Just want to kick your ass for real.

Great session with Ginger Ninja on early April near Paris based on a tip from Uzi.

I’ve asked for a fantasy and domination session and boy she delivered! Very light-hearted domme, it’s all about having fun, but I’m sure she can cater to your wishes.

Ginger Ninja is very fit and she really takes care of her body. From top (gorgeous face) to bottom (fantastic feet) and from front (toned abs) to back (have you seen her back muscles?).

Very warm welcome with drinks offered and no pressure so you can freely take a before and after-session shower.

Communication was a breeze, both written and spoken English are mastered, so it was fluid.

I can only advise you to book a session with Ginger Ninja, you’ll have great time.

Maix
11/08/2021
I just had my first scissoring experience with Ginger Ninja. First of all, I just want to say that she’s gorgeous, and her body is really stunning. She’s friendly and sweet, I really appreciate it, cause I was very nervous.
We started with a reverse headscissor. Oh boy, she can squeeze !!! Every time I taught she reached 100% of her full force, she squeezed tighter. I try to escape, by opening her legs, but when did I feel her inner thighs pressing hard on my throat. No chance, it was like my neck was made of butter^^ So damn sexy.
I really thank her for this amazing time we spend together, won’t soon forget. If you ready to have a great time, book her !

Anonymous
09/27/2021
I’ll start like this …! Thank you, thank you very much for this wonderful experience, for this session. I didn’t know what to expect, it was the first session with Ginger Ninja. She is a little powerhouse, fast, agile, funny. She knows exactly what she is doing and she does it with a lot of fun. Of course, this can only be done with a lot of respect for each other. Precise agreements are important here. I’ve already had a few sessions, but this one really surprised me in a positive way. That’s exactly how I imagine a perfect mix session. Unfortunately, the time passed too quickly, it was never boring. For me it means that I will book it again. It’s really worth it, I can only recommend Ginger Ninja. Hopefully, be honest and be fit. Then it’s a great experience for both of you. Ginger Ninja really got me excited and original.

burki01
06/19/2021
I recently had a great session with Ginger Ninja. It is exactly like in the photos. Sweet but also devilish at the same time. The meeting was arranged without any problems via email.
I had the pleasure for over 90 minutes including bondage and a little torment content.
Highly recommended.

jackpower71
02/15/2021
I had a dream session with GingerNinja. She is sooo beautiful and skilled and has an unbelievable power in her legs and feet – DEADLY legs and feet. Her kicks are amazing and perfect with MEGA-power. She is a very pleasant person with a lovely smile on her face. If she kicks, she smiles even more with every kick and also her armbars & locks are great. Her facesitt-skills are famous and deadly too. She is really a dreamgirl and her beautiful small and soft feet are not from this planet!!! I am not really a experienced sessionist, but this was seriousely the best session ever, ever, ever! I loved it!

Anonymous
02/12/2021
Before the new lock down in 2021, I had my first and very great session with the fantastic ginger ninja.

It was also quite easy to set up the session and communicate with her per email. She looks as beautiful and athletic as on her profiles, small height but very strong and thick thighs and glutes. She is very friendly, so it was easy to communicate before the match about what I was looking for exactly for the session, which was a “fight” starting as a semi-competitive match turning in a more dominant kind of wrestling session.
She is kind of natural at doing sessions, with the right attitude, instincts and personal traits for being a great session wrestler and also for a person more into femdom stuff. Even as she is rather small especially in height, she is very strong, especially in her legs, but she is also not that easy to maneuver around so her upper body, arms and core are also stronger than average for a person of her weight. At the beginning I could handle myself ok against her attacks, but she has endless stamina and is very good at transitions, so once you defended against one hold, she is already starting to apply another one. She is very fast, and extremely mobile and flexible as well. In German language you would call her “Kleiner Wirbelwind” (little whirlwind/twister). In addition, she likes to keep you in holds a bit or after you tap put you without instantly into the next one in such a way that takes away your stamina and strength completely in the long run.
People who are both big and tall should not expect very strong body scissors or grapevines. She is just a bit to small for that. But Maybe Antscha can show her some tricks in the future, who is not that much taller herself and can apply quite strong body scissors surprisingly.
I will definitely book other sessions with her, probably let her try also some new things in the next sessions.

So please, treat her well and with respect. She has the right mental and physical traits and martial art skills to be an outstanding session wrestler for quite a long time.

Anonymous
12/07/2020
Next review. I had the pleasure to meet Gingerninja last weekend.
Short version: fantastic!
Long version:
I can confirm everything the other guys already said and there is not much to add.
Gingerninja is such a lovely, likeable and reliable girl with a great shape. Open minded, no issue with arranging the session, pretty nice location and all agreements were fulfilled.
As she started mixed wrestling not long ago she is of course not (yet) at a top level like other famous girls in the scene but you see that she has years of martial arts experiences. Good technique, fast, strong, stamina, not willing to lose but always in a safe manner. And she has a quiet good feeling for her opponent not to fight too hard or soft.
All in all a great session and I hope more will follow. Hopefully she will remain for a long time as we treat her as good as she deserves.
Don´t say that often but she seems to be a rising star in our scene.
Thanks Gingerninja

wrestling newbie
11/30/2020
Recently I had the first ever wrestling session of my life with the wonderful Ginger Ninja.

First of all Ginger is a very nice person, easy to talk to, absolutely reliable and she took off my nervousness with a smile. She made me feel very comfortable from the very first second of our meeting. Besides that she looks really great. She’s relatively small but don’t get fooled by this and by her cuteness. She is so strong and very skilled, a real power girl.

I had to learn this from the first second of our fight. As I told her before that I am not experienced in fighting or any martial arts and certainly have a below average strength she took easy on me in the beginning, testing me a little bit, staying rather passive first. I guess she kinda figured out where I stand in terms of skills and strength, so that she could adapt herself to my level somehow instead of destroying me right from the start. Very kind indeed.

Ginger let me try for a while to get on and over her, but I constantly failed. Her movements on the mat were much too fast to even grab or catch her, let alone overpowering her. After a while she decided to take a more active part and within a few seconds I found myself down in a scissor I could not escape. So I had to tap for the first time. She did that with an ease I did not expect and could not believe, but it was so real. From that moment on I knew who would be the boss for the rest of the session. We repeated this game several times, but no matter what I tried and how hard, I never came even close to having a chance. Whether I found myself in one of her leg scissors (which can be deadly I’m sure), in an arm bar or pinned down on my back, I simply had no chance to avoid it or to get out of the trap. I really, really tried my best and fought as hard as I could … but never had even the slightest chance.

As I said she played rather easy with me, which obviously was more than enough to control me in every situation. She seemed to enjoy my helpless attempts and had fun in letting me beg for mercy, forcing me to clearly admit who’s stronger and slightly torturing me even after I gave up. As much as I tried to fight back and avoid to lose, as much I really enjoyed to feel her strength and superiority. And oh, I really adored her so much!

Well, I enjoyed every second in her presence, not only because of her skills and strength, also because of her personality and of course her beauty. She made our session a great experience for me, even better than I dared to hope. Thank you very much, Ginger! For me Ginger Ninja is a dream girl and a true Goddess 😉

P.S. I am sure Ginger can go much harder than was necessary for me. If you are not an experienced martial arts fighter I am sure you will have no chance against her. But even if you are she will be a very tough opponent and very likely defeat you.