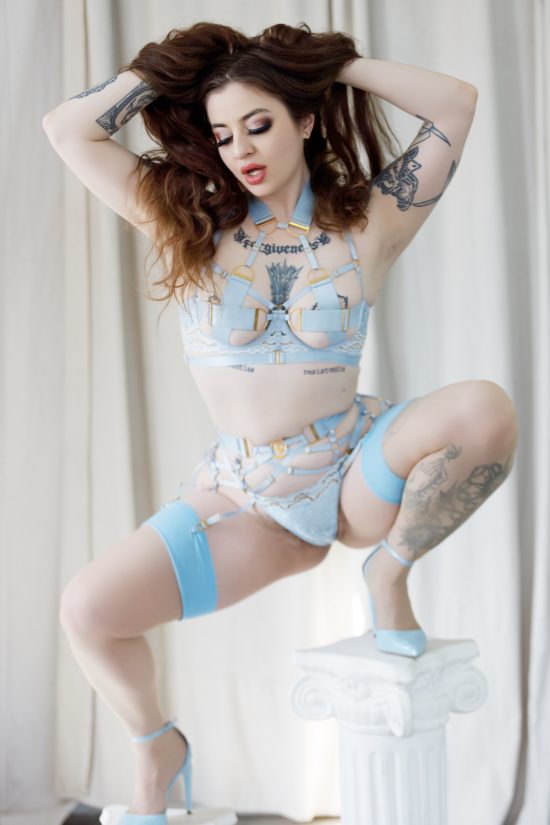 I have a 90 minute minimum locally and a 2 hour minimum while traveling. Please go to my website below to see my rate breakdown

My luscious curves will have you submitting to me with in moments. My powerful legs capable of subduing with you with a single flex. My large ass ready to smother you.

While I can take you to highest of pleasure and depths of pain I promise it is only with skill and thoughtfulness.

I specialize in sadistic sessions but I can offer more sensual ones or ones with our impact or pain.

No sessions will be scheduled without verification and deposit. Please complete a pre session form on thirsty4bondage.com

priority is given to people looking for sessions of the following:

NOTE: I do NOT film with clients the first time I session with them. If you are looking to book talent for content or are only interested in being a filming sub without building a relationship with me first

I am open to co topping with other providers but you must give me their name, or an email so that I can speak to them. I am NOT available to be booked for filming content

Had a fantasy wrestling session with Freshie recently and it was absolutely amazing!

While Juice is an experienced dom and has often done sessions, this was her first time doing a wrestling session alone, as her former wrestling sessions have been duos with Andrea Rosu. Well she had learned from the best, and she learned fast.

Organization of the session was fast and her replies prompt. Her play space was good and private, and her figure immaculate. She rivals the other girls on this site to have the best ass.

We did some smothering, which was lovely, headscissors which had me tapping fast, and finally she tied me up and smothered me around. If you’re gonna see Juice, even for wrestling, I highly recommend letting her tie you up! It was my first time getting tied up but it was her speciality so I wanted my first to be from the best.

Absolutely amazing session and will do more in the future.

I had a great double domme session with
Freshie and Andrea Rosu a few days ago
in Miami. It was a great session, I felt
welcomed when I arrived and both were
great and had great chemistry. Freshie’s
bondage skills are top tier and I really
felt bound and restrained, I never had
anyone tie me up as good as her. She is
pretty strong too, as when she had me in
a headscissors I got to tapping quick,
even though she says that she isn’t good
at it. She also integrated face slapping
and tickling, two things that I didn’t even
know I liked until that session. I enjoyed
being the pet of these two dommes while
they trained me into their bitch and used
me for their pleasure, it was a really fun
experience. I would definitely do it again
if I have the chance.

I had an incredible bondage and smother session with Freshie in LA. From first contact, she was very kind and responsive in her emails. Setting up this session was super easy right from the get go.

When the time finally came, she met me at the door with a beautiful smile that made me feel immediately at ease. We sat down briefly and discussed the scene and I knew immediately I was in good hands. She was super accommodating to everything from my physical limits to my emotional well being. I’ve had intense smother sessions before where my limits were pushed but this was my first time being properly tied up so I was definitely nervous that I may have broke off more than I can chew. Having this discussion before hand alleviated all of that fear and made submitting to her second nature.

The session begins and its like a switch flipped and she was on. I prefer sensual sadism when it comes to being dominated and she hit all of the marks and then some. She tied me up, verbally letting me know that I’m her chair now and I don’t have a say in what she does to me while I slowly became more and more immobilized from head to toe. She laid me down, made me squirm for her, before standing over me and planting that absolute breathtaking ass right on my face and cutting off my air. I was in absolute heaven.

She wasn’t afraid to get creative with it either. At one point she got up and went searching for things to tease me with. I didn’t get a good look at what she came back with but it was some kind of spur like toy that she rolled up and down my very vulnerable body. There was a bit of fear knowing that if she wanted to, she could definitely hurt me with this, but I had no other option than to trust that she wouldn’t and she blatantly told me as much. It was honestly one of the hottest things I’ve experienced and the fear made everything that much more exciting.

About half way through the session, she even brought out a smother box and my eyes LIT. UP. Now I had even less options for escape and my mind was going a mile a minute. I had only ever seen these things in videos before and now whether I wanted it or not, I was going in one. But at this point, I definitely wanted it.

I was trapped under her and completely at her mercy for breath and I couldn’t have been more pleased with the predicament I was in. I was in love with it so much I asked her to sit for longer and longer to really push me and she did. She said all the right things to remind me just how at her mercy I was while I smothered and I was in absolute heaven the entire time.

Despite all of this, I can not emphasize enough just how safe and cared for I felt in her hands the entire time. At no point did I feel like she pushed me further than I could handle. The level of professionalism and genuine care taken to make this fantasy a reality honestly left me speechless. She didn’t rush anything, she’s not a clock watcher, and I could tell she was just as much into the scene as I was. Even before and after the session she was very attentive to making sure I was at ease and having a good time. None of it felt awkward or forced. You can tell she genuinely enjoys what she does and she SHINES at what she does.

She doesn’t say it but she is STRONG. I asked her to headscissor me and she agreed but she said that she isn’t that good at it. In the first 3 three seconds she had me tapping and begging for her mercy. She forced me to get on my four and kiss her ass and her feet. I had to beg for her mercy multiple times and I was her bitch. She is the most powerful and hot dominatrux the world has ever seen

From the moment we met I knew I was in safe and professional hands, the space is also discrete and clean. Freshies skills in bondage and kink are out of this world. The entire time I enjoyed being her sub being retrained and at her mercy. I highly recommend reaching out to schedule with Freshie because I know I will again :)))

I had a great session with Freshie a few days ago.
She made it very easy set everything up. Her rope bondage skills really are top notch!She also has really beautiful feet, if that’s your thing. I highly recommend her to anybody interested! 12/10/2021

Freshie is alluring, caring, cruel and experienced.
If rope bondage is one of your interests then you have to visit her!!! I was bound inescapably and tickled until I could take any more. Super fun adventure !